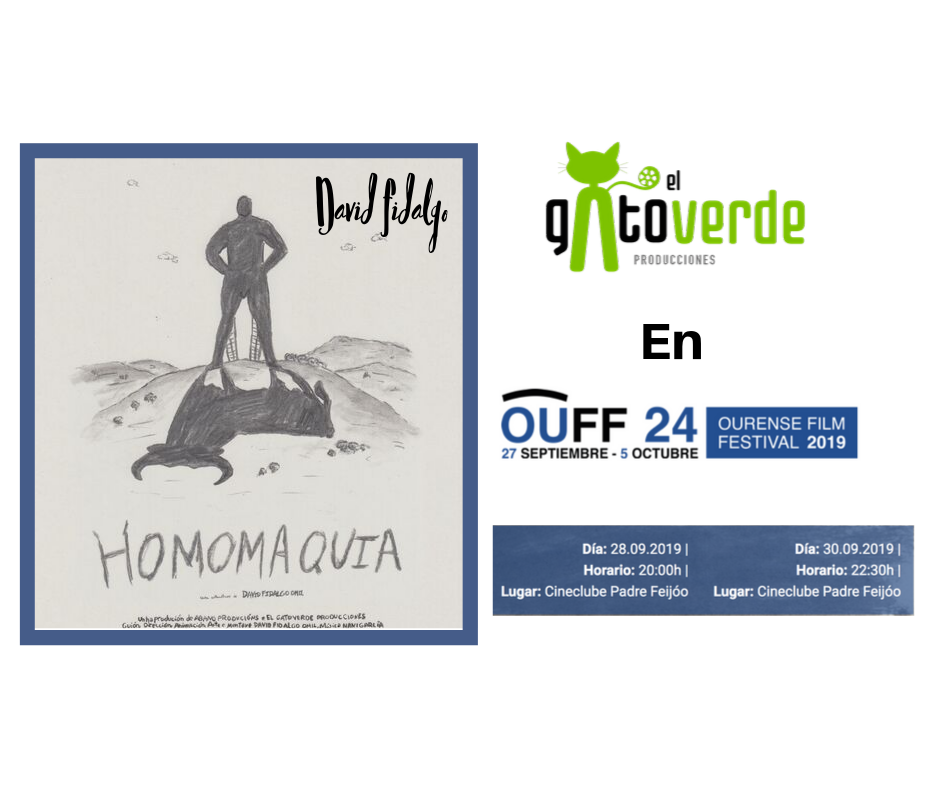 Selected for #Homomaquia at the Ourense Film Festival, our short animation film, directed by David Fidalgo, will be screened on the 28th and 30th of September in two cinemas of the Galician city.

OUFF: THE MOST COMPETITIVE FILM FESTIVAL OF GALICIA

Created in 1996, it’s one of the most important events to take place in Galicia in its speciality and it aspires to become the audio-visual festival of this autonomic community. Consolidated as a promoter of auteur cinema and its social environment, the OUFF maintains its compromise of being a yearly meeting point for professionals of the area in Galicia, producing an important economic return for the city.

In its 24th edition, it’s the oldest international competitive contest to take place in Galicia, with a differential stamp that crosses the borders of its country and wins, over the years, more adepts within the audio-visual sector.

Many of the award-winning movies of the festival find commercial distribution afterwards, validating the viability of alternative projects. The festival enjoys the discovery of new filmmakers, given that, in its philosophy the festival wants to boost the presence in the competition section of first or second films. In fact, it rewards the Best Director with a price named after the Ourense film-director Carlos Velo.

The short film Homomaquia establishes a strong metaphor with bullfighting, by presenting a world in which human beings are treated with the rawness, violence and lack of freedom with which bulls are actually treated.

A chant for freedom and against animal cruelty.

Tomorrow it’s the last day of September to enjoy our short movie in the cinemas of the Galician city.

What does this metaphor of our film director mean to you?