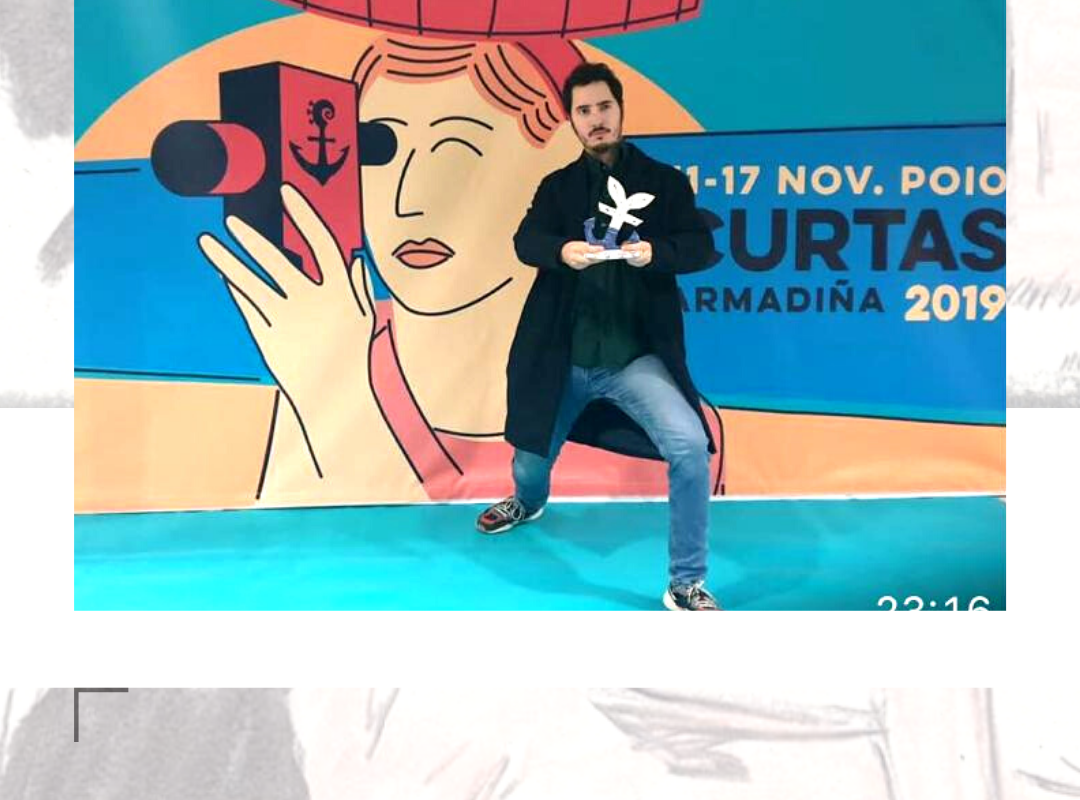 Neither crimson nor gold. Homomaquia is a raw, naked, wild and devastating short film. Not suitable for all audiences, in the same way than the misnamed national celebration shouldn’t be apt for all the public. Pain at is primary state- that’s what bullfighting celebrates. Maybe this is why the director and screenwriter of Homomaquia– David Fidalgo- uses charcoal to portray the rawness of animal cruelty, given that it is the first material believed to have been used by cavemen to paint on the walls of their caves.

“A journey of piercing moans through the hand painted metaphorical meadows”

Prehistoric and troglodyte, just as the main character in this short film produced by Abano Producións and El GatoVerde productions. A journey of piercing moans through the hand painted metaphorical meadows, a film where humans take the place of helpless animals: harassed, abused and degenerated to the most primary of indecency and human barbarity. Shadows forcing them to procreate and stop doing so, forcing the spectator to keep an eye on the clock, hoping to understand where this short movie is leading.

Its only charcoal, dust drawn in hundreds or thousands of papers painted by the hand of a director that wanted to denounce not only animal cruelty but the supremacy of white men above the rest of species … including his own. It’s also a critique against homophobia and the discovery of sexual diversity for any specie.

“… a critique against homophobia and the discovery of sexual diversity for any specie.”

I have to admit that I had to stop watching the film halfway through before continuing. The turns, cutaway shots, the gypsy music of Nani García that dizzyingly moves the frames towards the end of the film… the nakedness and rawness of the characters, who are stripped away from all dignity. Those minutes passing uncomfortably, thinking whether this film will help educate those that still don’t understand the suffering and barbarity infringed upon any act of animal cruelty.

The truth is, as I already said, that it isn’t suitable for all audiences. Nowadays, in the globalised world in which we live, time is our most valuable treasure. Certainly, it requires an effort to get to the end of the short film, given that it isn’t a story that doesn’t have a beautiful start or ending. Could the director have told the story in less time? Could he have used a more appealing technique? Could he have simply abstained from making this short film? The answer is no. We are used to script doctors and formulas of Best Seller and blockbuster, but a complaint about the deepest aspects of a cruel and anachronistic tradition requires time, space and the use of an expressive technique. Is it the short film itself and the story that is told that makes us feel uncomfortable? Is it that it hurts when a mirror is placed in front of us and we feel identified with the suffering and we want for it to finish as soon as possible?

“The greatness of a nation and its moral progress can be judged by the way its animals are treated”- Mahatma Gandhi said once. David Fidalgo reminds this to us again with Homomaquia.